How many times have you heard of someone who sells their business or retires from their lifetime work only to pass away shortly after. 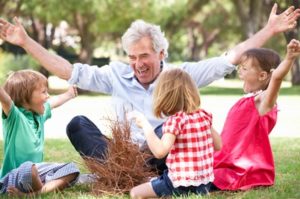 Lack of focus… direction? Maybe. I think it’s lack of valuable work. The “fire” dies… then so do they.

Giving back is the perfect way to transition and create tremendous focus after your “life’s work” has stopped.

Why not find your second life’s work?

In his book Half Time, Bob Buford talks about moving from success to significance. He learned the concept from Peter Drucker.

Drucker reminded Buford that today there is almost as much time after retirement as there is before. Bob was struck by the similarity to football and how the game is often won in the second half.

What’s your “second half” strategy? Be sure it includes giving back. It is one of the best ways to extend your length of days.

No matter the stage of life you are at today, you can be thinking about and preparing for the second half – that phase of life when you get to do what you want with no strings attached.

Are any of your donors entering into their “second half?” Help them transition… and remind them that giving can keep the “fire” burning.