The Donor Motivation Program® has provided charities with a planned giving donor-centric message to their donors for more than 20 years.

Through our research and work with charities over the decades, the No. 1 challenge development professionals say they have is getting more conversations with interested and qualified planned giving donors.

Development professionals with limited time and charities with shrinking planned giving budgets say they want a cost-effective and time-efficient proven method to reach more of their donor base with the planned giving message. 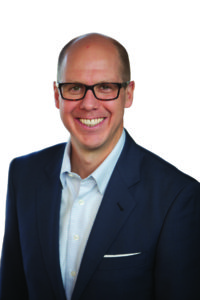 Barry is an author, researcher, nationally recognized financial speaker, planned giving program consultant, philanthropic planning specialist and Georgia’s only Donor Motivation Program® consultant. He has appeared in Forbes, Kiplinger, Worth, CBS MoneyWatch, and on affiliates of ABC, CBS, NBC and FOX, among others. He has been interviewed by Kevin Harrington, an original “shark” on the Emmy Award-winning TV show “Shark Tank” on his show “Business Icons” as well as by James Malinchak, who was featured on ABC’s hit TV show “Secret Millionaire.” Barry has written or contributed to several books, including, “Giving Transforms You!” “The Secret of Wealth With No Regrets,” “Retire Abundantly” and “The Serving Leader.”

Barry’s top-rated presentations for development professionals, charity board members, executives and donors include lessons and stories from his time competing as a four-time Ironman elite triathlete. His goal is to help donors redirect $1 billion to charity.

On a personal note, Barry is a philanthropist and the founder of Motivate Generosity and The Donor Motivation Program. He and his wife, Lori,  have two children, Hudson and Avery Kate. They live in Alpharetta, Georgia.

To learn more about how The Donor Motivation Program® may benefit you and your organization, request our complimentary guide, “The 37-Minute Planned Giving Landscape Conversation with Barry Spencer,” by calling (678) 353-3355.

Email Us
Call Us