What Are Your Prints On?

You’ve heard it said, “You can’t take it with you. There are no U-Haul’s behind hearses.”

Yet, we forget the incredible legacy we can leave. We call them lifeprints.

Fingerprints are used to find out who was here when they are no longer here. If they identify you through fingerprints, it’s usually not a good thing. 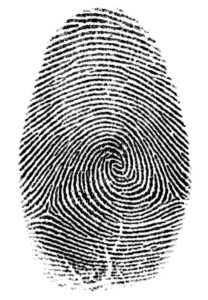 Think about it in a positive sense: what would you like to leave your “lifeprints” on? The people, causes and institutions you care about deeply, right?

Consider the Swedish chemist who invented dynamite. In 1888, when his brother Ludvig died, a French newspaper mistakenly ran an obituary which called him the “merchant of death.” Not wanting to go down in history with those “lifeprints,” his Will created a foundation that would award prizes to “those who, during the preceding year, shall have conferred the greatest benefit on mankind.”

Help your donors leave more and more “lifeprints” on the people, causes and institutions they care about deeply.

“No act of kindness, however small, is ever wasted.”