Who did better at preserving their wealth: the American industrialist – who became known as the father of modern American shipbuilding, founding Kaiser Shipyard, which built Liberty ships during World War II, then Kaiser Aluminum and Kaiser Steel – or his son? 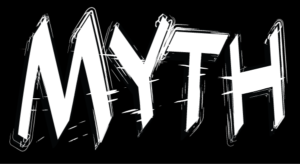 Henry J. Kaiser, Sr. accumulated around $5.6 Million in wealth and lost 44 percent to taxes and costs.

His son, Henry J. Kaiser, Jr., grew that to almost $56 Million and only lost 2 percent to taxes and costs.

There are considerable estate tax advantages for including charity in your planning.

The BIG Charity Myth that I debunk all the time is, “Charity will reduce my income and my family’s share.”

Help themselves… and charity at the same time. Now that’s a message worth sharing.

“A man has made at least a start on discovering the meaning of human life when he plants shade trees under which he knows full well he will never sit.”