Joe heard our presentation on the power of planned giving. At first, he couldn’t believe it.

Is it really possible? How long have I been able to do this? How come I haven’t heard about this before? all flashed through his mind.

He took action and added three planned giving techniques: a charitable income trust, an IRA beneficiary designation and a bequest… at the age of 81. You have to give him credit. 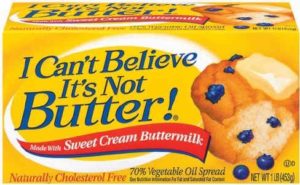 As a result, he avoided capital gains taxes on the sale of a significant stock holding, created a huge income tax deduction, and increased his income by over 24 percent. Very attractive to an eighty-one year old – having an income he couldn’t outlive.

He said it helped him sleep better at night. Planned giving relieved his biggest concern about running out of income.

By the way, he also doubled his annual gift to the nonprofit (his favorite) that introduced him to the concept.

Two years later, he died unexpectedly of a stroke.

Three nonprofits received legacy gifts. His favorite nonprofit received by far the largest gift. Today, a medical clinic bearing his name carries on his passion by providing free preventive, primary, and urgent health care to the homeless and uninsured.

Do you have a donor that has a passion for your mission… and yet doesn’t believe in the power of planned giving?

Give them a call and tell them a Joe story… help them believe… and experience it for themselves.

“Unless someone like you cares a whole awful lot, nothing is going to get better. It’s not.”

Dr. Seuss, from The Lorax