Just a Little Can Mean This Much

When Scott Keffer, the Creator and CEO of The Donor Motivation Program™, and his son, Josh, made their very first trip to Mexico to build a housing structure for a family in need, Josh was only 10 years old.

The structure was for George and his wife, hard-working parents, who wanted the best for their children, like Scott. Yet, opportunity is not the same everywhere. 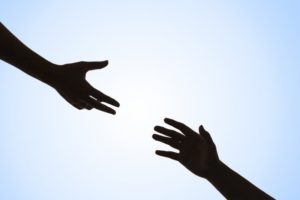 People there lived on plots about the size of a postage stamp and put something on it to live in: a cardboard box, a piece of a trailer, a discarded garage door, whatever; it became their “house.”

In America, we live with a higher standard of living than 95 percent of the world.

You don’t have to leave the country to experience this, either. I’m fortunate. My kids are fortunate.

Most folks around the world are not as fortunate. Many times, it’s not a result of anything they’ve done, just when and where they were born.

“To whom much is given, much is expected.”

Here’s the really great thing – around the world or around the corner, just a “little” can mean a lot.

“The value of a man resides in what he gives and not in what he is capable of receiving.”